Hi,
The first and probably final version is finished.

at full power it is REALLY bright. Thats why is there 60 step brightness dependent on ambient lightning and time of the day

Colours are combined so I can create virtually any, realistically I have 10 of them setted up.


Because of each LED being addressed separately = NO Flickering

Its built on doublesided copper clad board using Toner transfer method. The routes aren't smaller than 0.44mm and all vias are made for 0.8mm drilling (truly DIY). Just around 5 vias are under a component and 7 segment displays have singnals only from bottom side (for easy soldering)

The switches in the centre were placed there for testing and can be removed. There is three of them on the side of the case

EDIT: Switch connected to A2 (PIN25) is replaced by 10k photoresistor and used as a sensor for ambient light. Other 3 switches on the PCB board are used as MENU/UP/DOWN.
The board and program is AS IS. No guarantee, but I have it and it's working.
Also please note that the 9 wires from the P-FET transistors are on a middle layer of the PCB that doesn't exist. I have that layer done with wires at the back of the PCB, because it was simply too tight with the toner transfer method to create paths.

Pay Extra attention to the orientation of the PLCC LEDs !!! Cathode towards the centre (connected to the TLC5925) and anode to the outside (connected to the P-FETs). I bought recently PLCC LEDs that had the Lock on the anode, not on the cathode, BE CAREFUL and double check the polarity of YOUR diodes!

I have these clock now running over half a year without a single LED gone so NO, they won't burn quickly.

Also for accurate reading, I recommend to connect the DHT somewhere away from the PCB. The PCB itself is getting warm and makes the temperature reading unaccurate

Go through the datasheets before you start building. 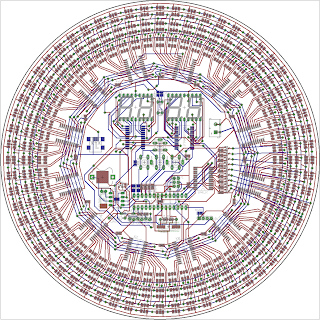 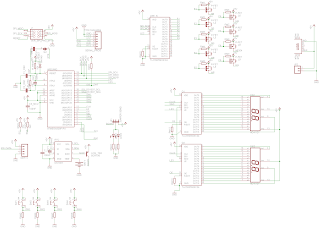 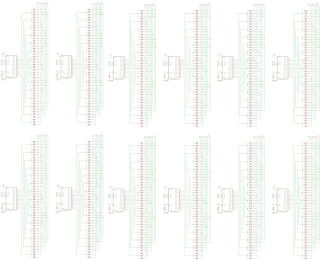 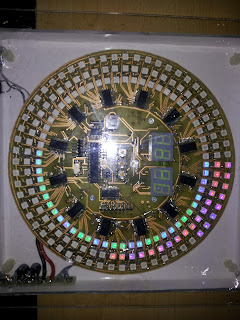 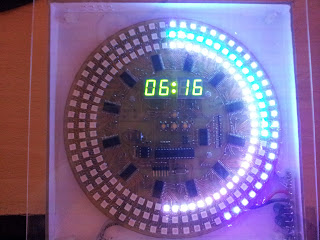 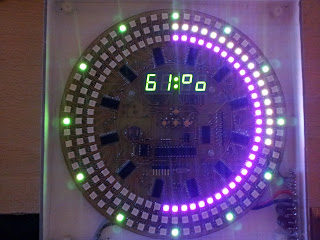 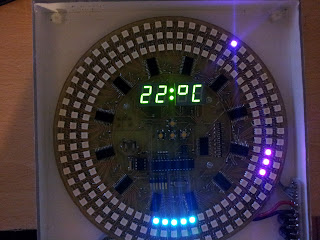 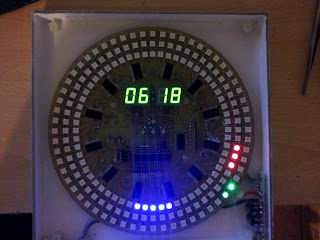 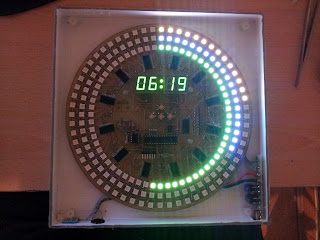 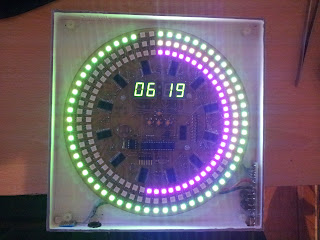 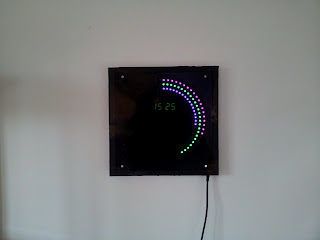 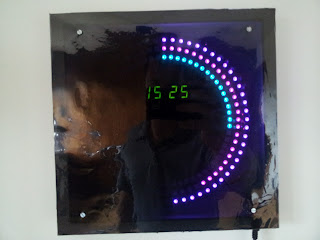 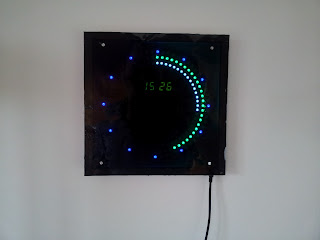 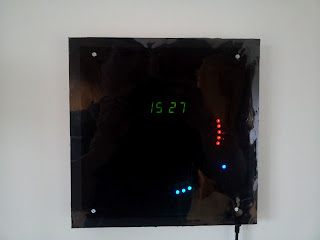